for flute (violin), violin, viola and violoncello, edited by Günter and Leonore von Zadow. Abel’s op. 12 were first published in London in 1774. They are written for string quartet. The first part however – with the exception of the fifth quartet – is also intended for flute so that the op. 12 can also be designated as flute quartets. The quartets are distinguished by catchy, often songlike themes that linger long in the memory. The large number of prints and manuscript copies in which these quartets are transmitted clearly shows how popular and frequently played this music was during Abel’s time. Edition Güntersberg 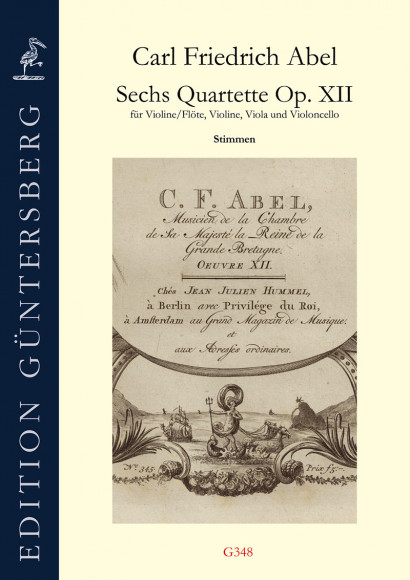 for flute (violin), violin, viola and violoncello, edited by Günter and Leonore...